Save 10% on your entire order when you use the code: SUMMERPREP (Ends 5/20) Shop Now

Who is ready to binge-watch some Netflix shows?! 🙋🏽‍♀️🙋🏼 There are some great shows out there, so I asked colleagues who follow the Education to the Core page and we created a countdown of the Top 27 Netflix Shows for Teachers to Binge-Watch. I’ve watched #1 twice already! 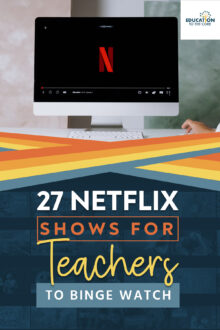 Before you get started on all of these amazing shows on Netflix. What are you doing while you watch them? If you really want to make life easier for years to come, grab our literacy centers bundle. Sit back while you cut out the laminated pieces and organize centers for the entire school year! 🥳 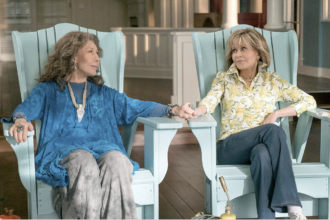 For as long as they can recall, Grace and Frankie have been rivals. Their one-upmanship comes crashing to a halt, however, when they learn that their husbands have fallen in love with each other and want to get married. As everything around the ladies is coming apart, the only thing they can really rely on is each other. 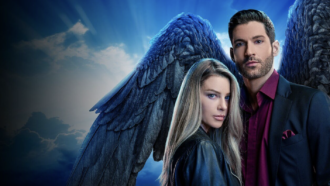 This series follows Lucifer, the original fallen angel, who has become dissatisfied with his life in hell. After abandoning his throne and retiring to Los Angeles, Lucifer indulges in his favorite things. Then a murder takes place outside of his upscale nightclub. For the first time in billions of years, the murder awakens something unfamiliar in Lucifer’s soul. He is faced with another surprise when he meets an intriguing homicide detective named Chloe, who appears to possess an inherent goodness — unlike the worst of humanity, to which he is accustomed. Suddenly, Lucifer starts to wonder if there is hope for his soul. 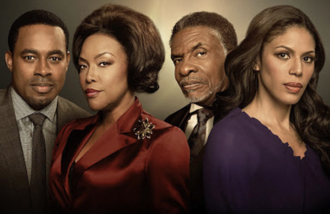 The Greenleaf family, which runs sprawling Memphis megachurch Calvary Fellowship World Ministries, appears to be a loving and caring clan. Beneath the surface, though, exists scandalous secrets and lies. Greed, adultery, and sibling rivalry are among the issues that threaten to test the family’s faith and tear the group apart.

Netflix Show #24 – When Calls the Heart 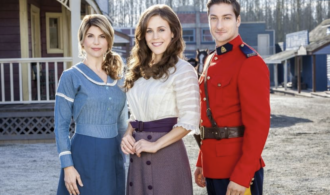 Elizabeth Thatcher is a young teacher accustomed to high society, so she experiences culture shock when she gets her first classroom assignment in Coal Valley. Life in the small mining town is filled with challenges. 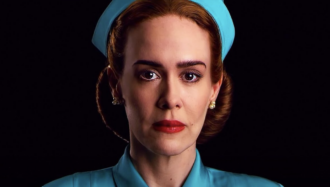 A young nurse at a mental institution becomes jaded and bitter before turning into a full-fledged monster to her patients.

Spencer James is a rising high school football player and A student at South Crenshaw High, but when coach Billy Baker recruits him to join his team in Beverly Hills, Spencer’s mother, Grace, and his best friend, Coop, convince him it’s an opportunity he has to seize. Forced to move in with Billy and his family to protect his transfer permit to Beverly, Billy’s son Jordan, who is also the starting quarterback, is less than thrilled to be sharing his father’s attention — or the team spotlight. While Spencer struggles to find his footing, he makes an unlikely friend in Jordan’s sister, who is struggling with her own demons. 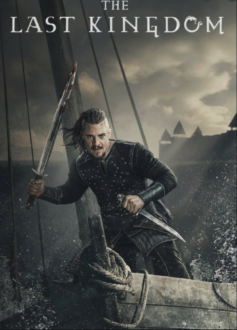 As a child, Uhtred witnessed his father being killed and his Saxon army defeated by invading troops aboard Danish ships. That day, Danish warlord Earl Ragnar captured him and raised him in a Danish camp alongside fellow captive Brida, a sharp-tongued girl. Years later, Uhtred is a valiant warrior who is dealt another tragic blow when his home is deliberately set on fire, killing his surrogate family, including his fatherlike figure Ragnar. Now exiled — alone except for Brida by his side — he vows to avenge Ragnar’s death and reclaim his homeland.

A whirlwind Christmas romance builds as cynical Dash and optimistic Lily trade dares, dreams, and desires in the notebook they pass back and forth at locations around New York City. 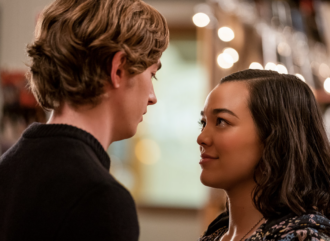 Blind 20-something Murphy is drifting through life in a haze of drunkenness, and her only friends are her understanding roommate Jess and Tyson, a sweet teenager she met when he saved her from a violent mugging. 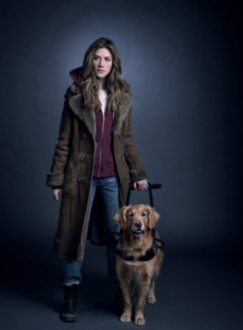 Chicago marketing executive Emily Cooper is hired to provide an American perspective at a marketing firm in Paris. 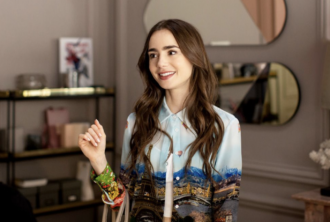 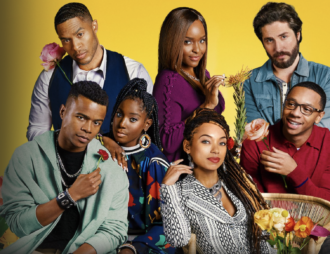 this Netflix-original series follows a group of students of color at Winchester University, a predominantly white Ivy League college. The students are faced with a landscape of cultural bias, social injustice, misguided activism, and slippery politics. Through an absurdist lens, the series uses irony, self-deprecation, brutal honesty, and humor to highlight issues that still plague today’s”post-racial” society.

Follow young Amy Fleming as she slowly discovers she possesses her now-deceased mother’s ability to aid injured horses. While keeping good relationships with those who are trying to get by one day at a time. The family pursues forgotten dreams and challenges as their strength is tested against personal struggles. 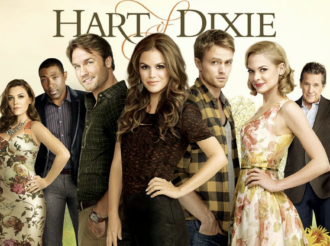 New York doctor Zoe Hart has reached a crossroads in her life. She decides to accept an offer from a stranger to work with him at his practice in Alabama. When she arrives in town, she discovers that the man has died and left her his half of the practice in his will. Despite the shock of Southern life and some less-than-hospitable town folk, Zoe decides to give her new life a chance and discovers a new side of herself in the process.

Brooklyn-based artist Nola Darling struggles to stay true to herself and her dreams. She divides her time between her friends, her job, and her lovers — all three of them. That trio includes married businessman and father Jamie Overstreet. A photographer and self-described “biracial Adonis” Greer Childs. And don’t forget chatty Michael Jordan fan, Mars Blackmon. 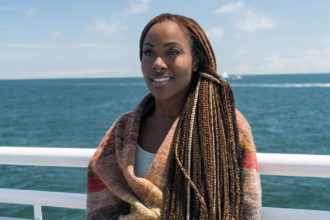 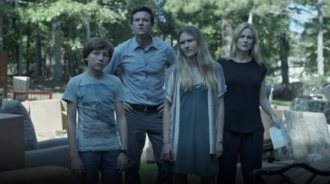 Marty Byrde, a financial planner, relocates his family from Chicago to a summer resort community in the Ozarks. With his wife Wendy and their two kids in tow, Marty is on the move after a money-laundering scheme goes wrong. This forces him to pay off a substantial debt to a Mexican drug lord in order to keep his family safe. While the Byrdes’ fate hangs in the balance, the dire circumstances force the fractured family to reconnect.

Alvery Kulina is the owner of a mixed martial arts gym and with his girlfriend, Lisa helps train a new generation of fighters, including his sons Jay and Nate. Struggling to keep the gym afloat, the pressure is on for Alvery’s boys to come through.

Set during the Cold War era, orphaned chess prodigy Beth Harmon struggles with addiction in a quest to become the greatest chess player in the world. 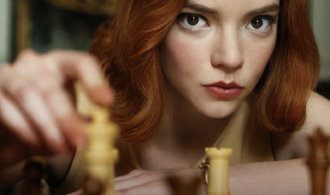 The daughter of a teen mother, Jane Villanueva grew up determined not to repeat her mom’s mistakes. At 23, her life is on track. Jane is studying to be a teacher and engaged to a handsome detective who supports her decision to remain a virgin until marriage. Then a routine clinic visit flips her life upside down.

Netflix Show #8 – How to Get Away with Murder 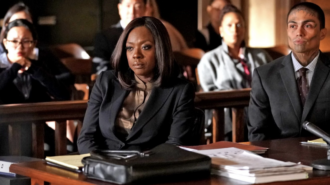 Annalise Keating a brilliant, charismatic, and seductive professor of defense law, teaches a class called How to Get Away With Murder. Annalise, also a criminal defense attorney, selects a group of students — the best and the brightest — to assist with cases at her firm alongside her employees. Those include the trustworthy and discreet Frank Delfino and Bonnie Winterbottom, an associate attorney. Mysteries arise that test everyone’s limits and reveal dark truths.

Lifelong friends lift each other up as they juggle relationships, family, and careers in the small Southern town of Serenity. 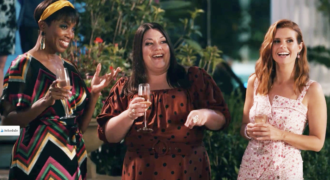 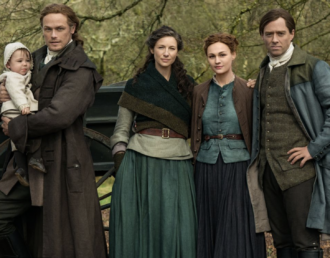 After serving as a British Army nurse in World War II, Claire Randall is enjoying a second honeymoon in Scotland with her husband Frank, an MI6 officer looking forward to a new career as an Oxford historian. Suddenly, Claire is transported to 1743 and into a mysterious world where her freedom and life are threatened. 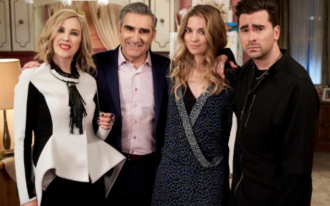 A wealthy couple suddenly finds themselves completely broke. With only one remaining asset, a small town called Schitt’s Creek, which the Roses bought years earlier as a joke, this once-wealthy couple must give up life as they know it. With their two spoiled children in tow and their pampered lives behind them, the Rose family is forced to face their newfound poverty head-on and come together as a family to survive. 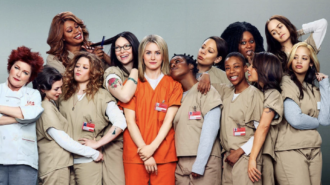 Piper Chapman is a public relations executive with a career and a fiance when her past suddenly catches up to her. In her mid-30s she is sentenced to spend time in a minimum-security women’s prison in Connecticut for her association with a drug runner 10 years earlier. Forced to trade power suits for prison orange, Chapman makes her way through the corrections system and adjusts to life behind bars. She makes friends with the many eccentric, unusual, and unexpected people she meets.

This lavish drama chronicles the life of Queen Elizabeth II from the 1940s to modern times. 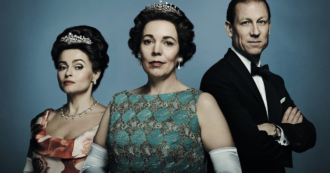 During the Regency era in England, eight close-knit siblings of the powerful Bridgerton family attempt to find love. 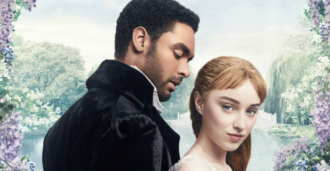 Winning by a landslide, our followers highly recommend checking out the 2 seasons of Virgin River!

Seeking a fresh start, a nurse practitioner moves from Los Angeles to a remote Northern California town. She then becomes surprised by what — and who — she finds. 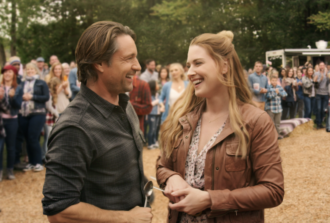 Put on your pajamas, grab some snacks and a drink, and Binge-Watch these Netflix Shows! You’ve worked hard teachers and definitely deserve some “downtime”. There are some shows on this list I haven’t seen yet and I’m pretty sure my next one to watch will be #2! If you have any recommendations for this list, please share them in the comments below. I can’t wait to dive into these Netflix Shows for Teachers to Binge-Watch! 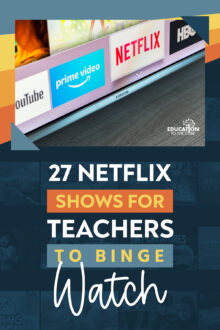 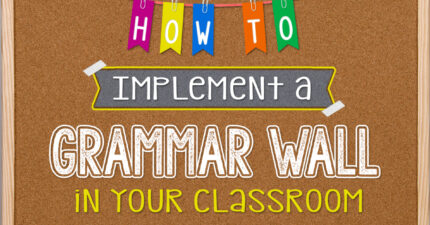 How to Implement a Grammar Wall in Your Classroom 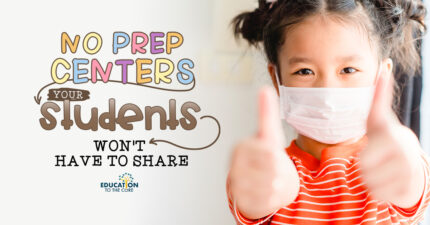 No Prep Centers Your Students Won’t Have to Share 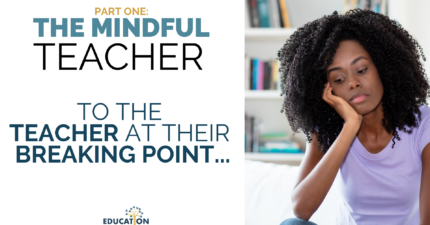 To The Teacher At Their Breaking Point: The Mindful Teacher Part 1

This site uses Akismet to reduce spam. Learn how your comment data is processed. 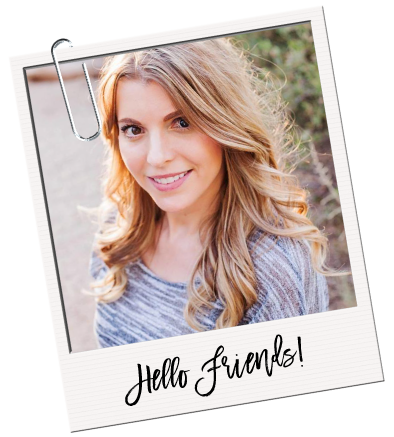 My name is Emily, and I am the creator of Education to the Core. My hope is that my website can be a place for primary teachers to grow and develop their craft using the content and resources provided on my site. Be sure to sign up for my email list and receive exclusive access to my members-only resource library. You can learn more about me here. I’d also love for you to pop over and say hello on social media! 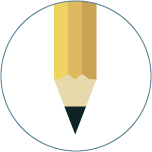