Get UNLIMITED PRINTABLES with our Premium Membership     Try Premium

180 Jokes for the Classroom

Alright, so I promise the following 180 jokes are WAY BETTER than that.  I mean, would you even call that a joke?  I digress…  so where did this idea come from to compile this major list of jokes?  Teaching during the pandemic. I was teaching completely virtual for almost the entire school year.  I had to find a way to motivate my students and keep them engaged and smiling when they signed on every morning.  What better way than to have an entire “joke month” with a joke of the day.  We called it “Joke January!” 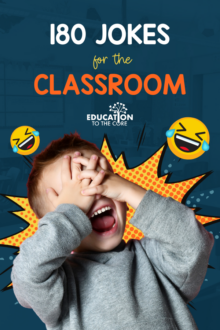 I created google slides with my jokes and Bitmoji characters in various funny positions.  Also, to make it even more engaging and exciting I had a student assigned each day to tell a joke as well!  I even made a point to include several of their jokes within this list!  My plan for this upcoming school year is to do an entire year’s worth of jokes!

Here is my plan for the upcoming school year: When the jokes are presented to my students on the slide,  I will provide time for students to read the joke on their own first.  Some days I have them pair and share what they think the answer may be.  Or, I will complete it whole group with several students taking guesses before providing the answer.  I hope this will start the day with a smile! 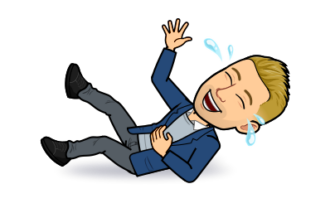 1 – Which school supply is the king of the classroom?

2 – What runs around the yard (or playground) all day, but never gets tired?

3 – Why did the teacher have to wear sunglasses?

4 – What is a snake’s favorite subject?

He was feeling blue.

6 – Where do pencils go on vacation?

Because he was the teacher’s pet!

8 – Why did the kid cross the playground?

To get to the other slide.

9 – How do bee parents send their little bees to school?

They go by school buzz.

Joke 10 – Why was the broom late for school?

Joke 15 – What flies around the kindergarten room at night?

16 – What’s the difference between a teacher and a train?

18 – Why was the music teacher stuck outside his classroom?

Because his keys were on the piano!

19 – What did the janitor say when he jumped out of the closet?

Joke 20 – Why did the students eat their homework?

Because the teacher told them that it was a piece of cake.

21 – Did I tell you the joke about the broken pencil?

22 – What are ten things you can always count on?

24 – What did the circle say to the triangle?

I don’t see your point.

Joke 25 – What was the banker’s favorite player on the football team?

Because it always has lots of problems.

28 – What is a mathematician’s favorite day of the week?

By removing the ‘S’

33 – There’s a fine line between a numerator and a denominator.

Only a fraction of you will get this.

37 – What did one penny say to the other penny?

38 – What do you call an empty parrot cage?
A polygon.

Joke 40 – What does the cloud put on before the storm?

Because it has four quarters

42 – How does a scientist freshen his breath?

43 – What kind of flower grows between your nose and your chin?

44 – Which planet is the noisiest?

Saturn, because it has so many rings!

Joke 45 – What is a vampire’s favorite fruit?

46 – What is a witch’s favorite subject in school?

48 – What do Italian ghosts have for dinner?

49 – Where do monsters get an education?

So he could use his drumsticks

52 – What did one snowman say to the other snowman?

53 – What do you get if you cross a vampire and a snowman?

Joke 55 – What often falls in winter, but never gets hurt?
Snow

57 – What is a snowman’s favorite drink?

58 – What treat should you make for the Snowman Holiday Party?

59 – What do they sell at McDonald’s at the North Pole?

Joke 60 – What does Santa do at football games?

He gives a little cheer!

61 – What kind of flower do you never want to get on Valentine’s Day?

63 – What did the calculator say to the other calculator on Valentine’s Day?

Let me count the ways I love you.

Because it wasn’t peeling well!

He was peeling really bad.

Joke 70 – What day of the week does the potato look forward to the least?

71 – What do you call cheese that doesn’t belong to you?

Because it lost its filling!

Because they crack up.

Joke 75 – What are twins’ favorite fruit?

76 – What did Mr. and Mrs. Hamburger name their daughter?

78 – When potatoes have babies, what are they called?

79 – Where do hamburgers go to dance?

They go to the meat-ball!

Joke 80 – Why did the elephant cross the road?

Because it was the chicken’s day off

81 – What do a car and an elephant have in common?

They both have trunks.

The first of Ape-ril!

87 – What nickname do you keep for a monkey selling potato chips?

You can call them a chipmunk!

89 – What did the buffalo say when his son went to school?

91 – What do monkey cooks wear when they are working in the kitchen?

93 – What do you get when you cross a turtle with a porcupine?

94 – Which animal cheats in the exams?

Joke 95 – Which animal is white, black, and red all over the body?

96 – What movies do pandas enjoy watching the most?

They love watching the old movies because the movies are black and white!

98 – What did the duck say after she bought Chapstick?

99 – What do you call a horse that lives next door?

103 – What’s the smartest insect around?

At the baa-baa shop!

106 – What type of dog loves going to the groomer?

You quack me up

Because she was a little horse

In a barking lot.

114 – There are ten cats standing on a boat. One cat jumps off the boat, how many more cats are left?

None, because the cats were all copy cats

116 – What did the cat say when someone stepped on its tail?

They eat whatever bugs them.

You can select the cow that has the best “mooooooooves”!

123 – What does the secret agent cow say to the other agent cow before a mission?

To get to the udder side!

127 – What do you call a dinosaur that is sleeping?

129 – What dinosaur should never drive a car?

Joke 130 – When dinosaurs keep scoring touchdowns, what does its team get?

The team will keep getting dino-scores!

131 – When building a house, what tool do dinosaurs use the most?

They frequently use a dino-saw

You will get a Dog-A-Sore!

134 – Why did Mickey Mouse become an astronaut?

So he could visit Pluto!

Joke 135 – Where do astronauts keep their wallets?

They followed the milky way.

138 – When do student astronauts eat?

Because they are always in a school.

Nothing, it just waved

149 – What do you get when you cross an elephant and a fish?

You get a swimming trunk!

Joke 150 – What sharks always end up working in the construction site?

Hammerhead sharks work there because they are the most useful one!

151 – How many tickles does it take to make an octopus laugh out loud?

153 – Why did the fisherman put peanut butter into the sea?

To go with the jellyfish!

Joke 155 – What do you get when you throw a lot of books into the ocean?

156 – Have you heard about the new pirate movie?

157 – Why do the pirates take long to finish reading the letters of the alphabet?

Because they spend a lot of time at C.

He bought it on sail.

Joke 160 – How much do pirates pay for body parts?

162 – Why couldn’t the toilet paper cross the road?

It had a virus.

168 – Why did the soccer player take so long to eat dinner?

He thought he couldn’t use his hands!

169 – Why did the golfer bring an extra pair of pants?

Because you can’t see in the dark.

174 – Why did the kids put sugar on their pillows?

Joke 175 – Why did the policeman go to the baseball game?

He’d heard that someone had stolen a base!

178 – What musical instrument is found in the bathroom?

Joke 180 – Why can’t you ever tell a joke around glass?
It could crack up. 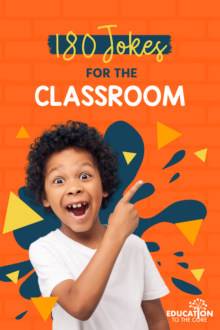 So I hope, now that you read 180 Jokes for School, that your cheeks don’t hurt too much from laughing/smiling!  OR, more so, I really hope you didn’t roll your eyes too much!  What were some of your favorites on this list?  Do you think you are going to be like me and have a joke of the day this upcoming school year?   Let us know in the comments below!   Even better, add your own jokes below too!   Keep laughing and keep smiling! 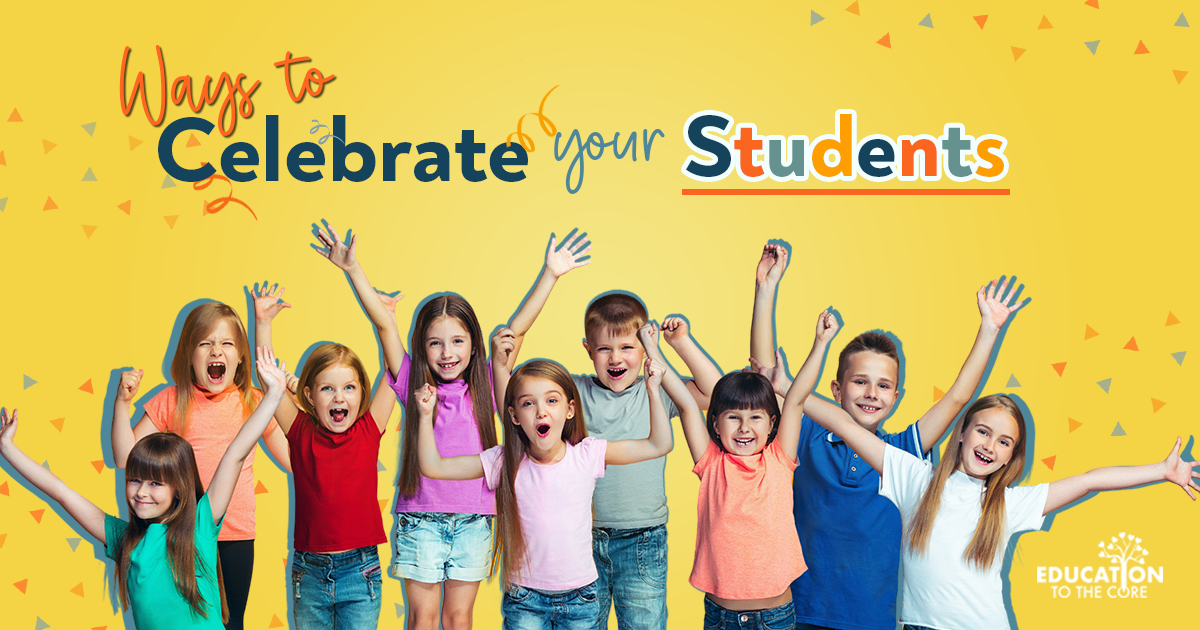 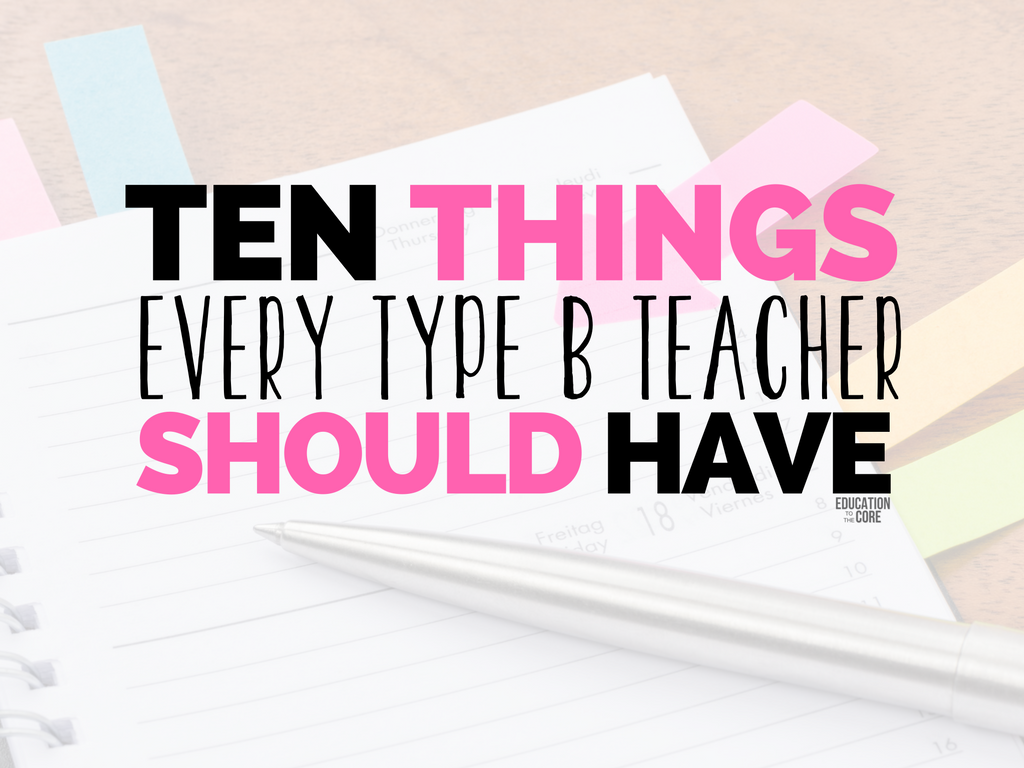 10 Things Every Type B Teacher Should Have
What’s up Type B teachers? I am betting you stumbled across this article looking for ways (or things) to enhance your life! Look no further…I have some great suggestions for you.  I figured I would give you some ideas for items to make your life a little easier while also giving you a daily dose of Type […]
Read More 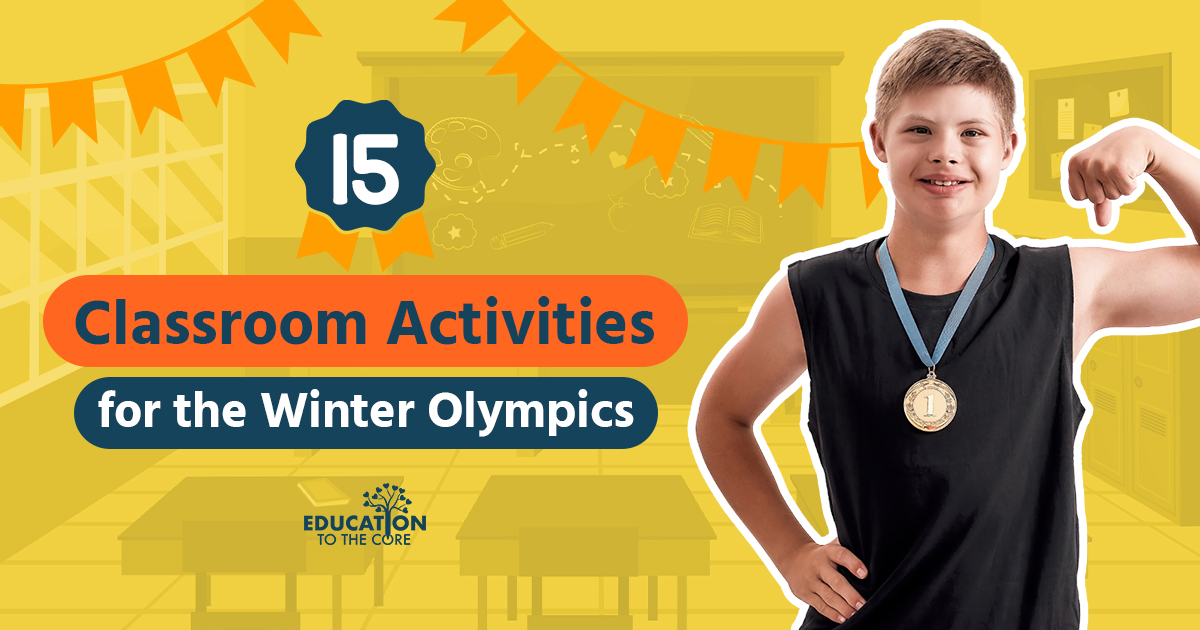 15 Classroom Activities for the Winter Olympics
If you are a Winter Games buff like I am, you don’t want to miss a second of coverage, even if you are in your classroom!  I wish the universe would declare a mandatory 2-week break during the Winter Games! Is anybody with me? #wishfulthinking But HEY…if you can’t stay home to see the games, […]
Read More